A hurricane is coming, so what? People along the Southeastern Atlantic coast are so used to being bombarded with this extreme storm….nothing special, get on with your day. At some point you should wonder, if there’s an entire season named for it, are we normalizing the event to the point that we are ignoring the dangers?

This is especially worrisome as hurricanes are a problem not just for full-time residents but even more so for part-time residents. Many communities along the coast of South Carolina, Georgia, and Florida have their own migration phenomenon, known as “snowbirds.” These are people who live in these communities for only part of the year to get away from the cold and snowy winter months back home. Once the seasons change and the snow melts they return to their home, generally in more northern climates.

Many of these residents have never been exposed to the stress and preparation necessary for storm season and they may not understand the danger it represents. Further, the storm season officially starts June 1 and continues through November 30th. The peak of this season is mid-August to late October. Unfortunately, those dates coincide with the mass exodus of all the snowbirds. This exacerbates the dangers of storm season. Later we will discuss steps we can take to mitigate those dangers, but first, what makes a storm a hurricane?

What Makes a Storm a Hurricane?

You may have heard the term typhoon, or cyclone, and wondered how these are different from hurricanes. In truth they are the same thing, but different places in the world refer to them by different names. Storms originating in the Atlantic and Eastern Pacific are called hurricanes, while in the North Pacific they are known as typhoons, and those originating in the Indian Ocean and South Pacific are referred to as cyclones, confusing! But remember, these terms mean the same thing.

Hurricanes only form in tropical areas because they require specific conditions. The ocean must be 80 degrees fahrenheit for the first 165 feet of its surface or more. The other ingredient needed is wind. The Atlantic hurricanes make use of the westward wind blowing from Africa to the Americas along the equator.

The warm moist air rises leaving an area of low pressure. The low pressure zone becomes an opening for other air to move into its place causing wind. The air that comes into that spot becomes warm and moist from the ocean and rises again. This continues as the surrounding air swirls into the same spot creating a spiral pattern and forming the eye of the storm.

But hurricanes don’t start off as hurricanes, instead they build over time and progress through a universally accepted classification system. Before storms reach the level of a hurricane they are referred to as tropical depressions and tropical storms.

Further, once a storm becomes a hurricane it can be broken into several major parts that are commonly used by meteorologists and news teams covering storms.

Parts of a Hurricane

Eye – The eye is a breath of calm in the middle of a disaster zone. In this space it is hard to believe you are in a hurricane. You can clearly see the sky above be it blue or a starry night

Eyewall – This is where the maximum wind speed will be circling you. If the eye of the storm passes over you, you will be hit by those maximum winds twice. Part of the reason this is so devastating is because the shape of a hurricane is a spiral. The wind that was coming in one direction changes to the other direction after the eye passes overhead.

Hurricanes force winds – While the category of a hurricane is determined by the fastest sustained winds located in the eyewall, the whole storm is not that speed. The winds slow down the further out from the eye they are located. The category of the winds could drop down just a couple miles out from the eye.

Outer bands – These clouds spiral out from the center of a hurricane. Not all hurricanes are symmetrical and some have more bands on one side than the other. The outer bands have the most potential for floods to happen and tornadoes to form.

Hurricanes themselves are broken down further to determine how severe the storm will be. The most commonly used model is the Soffir Simpson Hurricane wind scale which breaks hurricanes in categories.

What do these numbers mean to you?

Category 1 storms cause minimal damage. There could be some problems with roofing shingles, vinyl siding, or gutters. Tree branches could snap, or small trees be uprooted. These might do some damage to power lines resulting in power outages.

Category 2 storms will likely cause moderate damage. This could mean more damage to roofs and siding and possibly breaking windows. Many smaller trees are likely to snap and block roads. Power loss is expected with outages lasting from days to weeks. Category 3 storms are likely to cause extensive damage. They can break windows and doors and possibly remove roof decking. Numerous trees will break apart and become uprooted, blocking many roads. There is a high likelihood of water and power outages for days to weeks.

Category 4 storms will cause extreme damage. They have the ability to tear roofs off and cause extensive damage to house structures. Most trees will snap and power poles are also likely to be downed. Power outages can last for weeks to months and the area might be uninhabitable.

Category 5 storms cause catastrophic damage. They can level houses and flatten buildings. There will likely be total destruction of anything standing. The area will be uninhabitable for weeks to months.

Many hurricanes, regardless of category, will cause damage to boats and docks along the coast, especially depending on the timing of the storm surge and the high tide.

Storms with winds 39 mph or greater receive names. This was started to differentiate multiple storms occurring at the same time. In the Atlantic the names come from an alphabetical list that rotates every 6 years. A name is retired if a storm was severe enough that it will be inappropriate to name another storm after it.

It is important to remember that before the storm there are some easy steps you can take to mitigate damage like storing your patio furniture and using hurricane glass or shutters for your windows. Left alone, outdoor pottery vases and patio furniture can be picked up by the wind and smashed into neighboring houses, or worse, hit a person. With the potential problem of loose patio furniture becoming projectiles, you can see how dangerous an unprepared house can be.

After a storm has passed, make sure to check for problems with your shingles, cracks in windows, and places where leaks and water damage may occur. You can get service professionals to do this for you if you do not know how. If you’re away during a storm, many home watch companies will come over to be your eyes and ears on the ground. They will be sure to keep you informed about next steps. It is important to act quickly! The longer you wait the worse it will get.

How else can hurricanes cause damage?

Strong winds are not the only threat from hurricanes. In fact, water damage is one of the most destructive aspects of these storms. Water damage can come in several forms during hurricanes.

First of all, these storms are essentially a giant storm cloud….and storm clouds mean rain. Hurricanes have the potential to stay over a specific area for days, though many keep moving and spread rainfall over large areas. The longer it stays in one place the more rain will fall in that area, making the edges of a hurricane as damaging as the eye.

Rain can generate problems for your house from above through any damage to roofs and windows caused by the winds. It is important that your service professional inspect your roof immediately after a storm. You can put gutter guards on your gutters to keep debris out and allow rain an easy way to drain off your roof. If water gets into your house it can cause major damage.

Second, these torrential rainfalls also cause major problems from flooding. Major flooding includes flash floods which are common to hurricanes. Flood water also carries sediments from land it’s covered and waste from the sewers rising through grates which leads to the most hazardous form of water damage, black water damage.

Any flood water that has entered homes will cause water damage and leave anything not damaged covered in undesirable sludge. Consider where in your home your HVAC system is located and what appliances you should keep operational during storm season if you’re not going to be home. Despite keeping your HVAC system out of flood waters, it won’t remain operational when the electricity is typically out after a storm passes. This means there will be water and moisture everywhere creating a breeding ground for mold.

Once the storm has passed you need to make sure that you have the appropriate equipment on hand. Mitigating further damage from these conditions will be vital. If you know you will not be around, make sure to have a home watch company that provides storm season services on retainer.

Water is not only coming from rain falling and flooding of the rivers, creeks, and tidal marshes. There is also water coming inland from the ocean. Although tides come in every day, hurricanes add to the height of the tide. The storm surge is a rise in the water above what the normal tides bring in. The combination of the two is called the storm tide.

The rise of water creating the storm surge is mainly due to water being driven ashore by wind. The height of the storm surge is dependent on several factors and can change based on the direction of the hurricane and where it hits shore.

The storm surge is a body of water that moves onto the shore. It allows waves previously confined to the ocean a place to land. The continued pounding of the waves helps hurricanes to knock down buildings that weren’t prepared for the assault.

The storm surge is the most dangerous part of any hurricane. The devastation from a storm surge can be seen in hurricanes like Hurricane Katrina that hit the US in 2005. The storm surge was 25-28 feet. At least 1200 people died as the result of the storm, many due to the storm surge.

It’s important to educate yourself on hurricanes, storm seasons, and the potential dangers they can cause. Preparing your home is essential and having someone you trust to care for your home while you are away can be invaluable.

The House Butler strives to educate and alleviate the stress of this critical time for people owning homes on Hilton Head Island. It is important to know the risks your home could face during storm season.

If you are not residing in your home during storm season it is important to have somebody knowledgeable watching over your home. The House Butler will perform checks while you are away and have your home ready for storm season. This could save you lots of problems later on.

When you’re thousands of miles away and a storm has come through, the worst feeling in the world is not knowing if your home is okay. Is someone looking after your interests? It could possibly be one of the most important decisions you make! Call The House Butler at (843) 384-9750 and protect your beautiful Hilton Head home today. 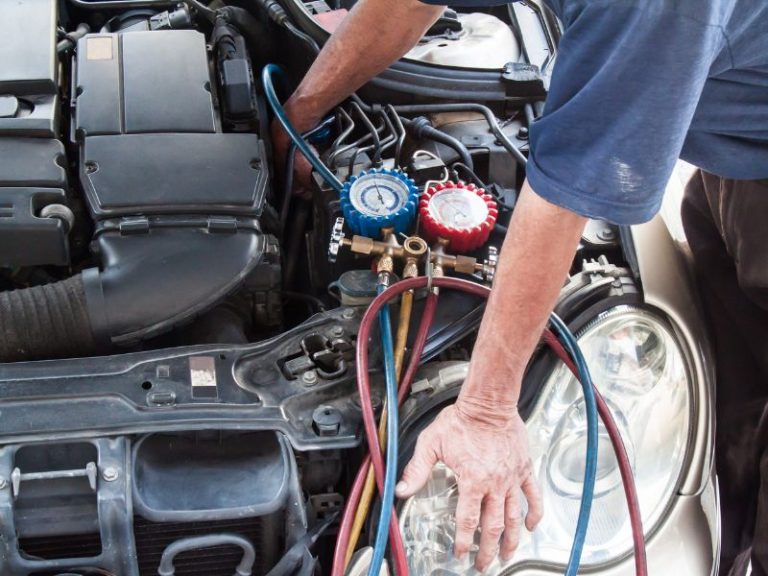 Owning a vacation home can be stressful in the event it lays in the path of a hurricane. Find out how a Home Watch Company can help you. 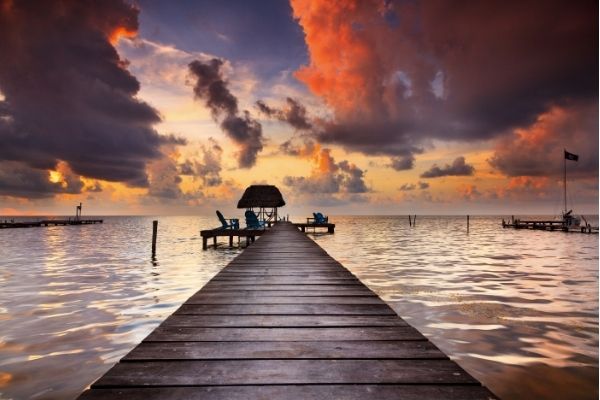 If you’re reading this, you might be ready to hang up the commute and finally jump into retirement or you have been dreaming of a vacation home on a distant island!